This year's Sydney Cup was successfully held at the world-famous Randwick Racecourse and came to an exciting conclusion with Kohle Capital Markets (KCM) Title Sponsored horse, Knights Order winning! The celebration banquet was sponsored and successfully held by KCM.

Known as one of the top racecourses in the world, Randwick Racecourse is located in the east of Sydney, Australia, on the outskirts of Randwick, with picturesque scenery. The racecourse is managed and operated by the Australian Jockey Club.

As it was noted above, the championship was won by KCM and his titled horse Knights Order. In addition to enthusiastic cheers and audience sympathy, they won a prize of 2 millions AUD.

On 9 April, ACJC celebrated its first major victory in thoroughbred racing – the first Group 1 win of the Sydney Cup with Knights Order at Randwick Racecourse. It was an amazing training effort by trainers Adrian Bott and the First Lady of Racing Gai Waterhouse AO combined with a perfect ride from jockey Rachel King.

The ACJC Horse Racing Club will continue to do well and it is hoped that the sport of horse racing can promote cultural exchange between China and Australia. 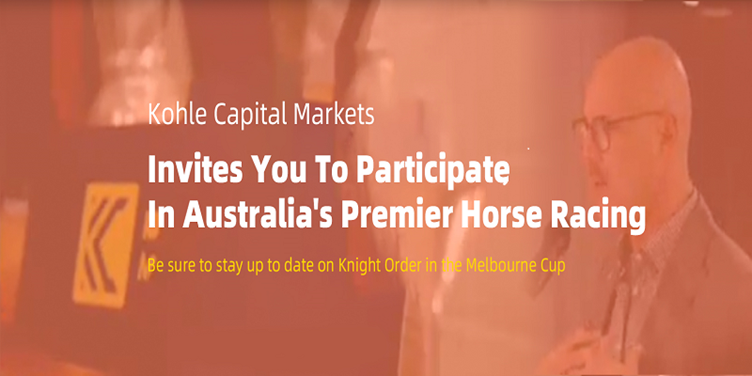 Compliance information:
Kohle Capital Markets is a trademark of Kohle Capital Markets Ltd.
‍
Kohle Capital Markets™ holds the Mauritius Financial Services Commission (FSC) regulatory number: C117022600
Address: 2nd Floor, No. 40, Digital City, Silicon Valley Avenue, Abene, Mauritius
‍
The services on this website are provided by Kohle Capital Markets™. If you are interested in the services of Kohle Capital Markets PTY, please visit: www.kc-cap.com.au
‍
High-risk investment warning：
Foreign exchange transactions (Forex) and contracts for differences (CFDs) are highly speculative and risky instruments, and may not be suitable for all investors. You may lose part or all of your investment capital, so you should not speculate with capital that you cannot afford.
‍
You should be aware of all the risks associated with margin trading. Please read the full risk disclosure policy.
Restricted countries: Kohle Capital Markets does not provide services to residents of certain jurisdictions including the United States, Cuba, Iran, Sudan, Syria and North Korea (North Korea). The information on this website is not suitable for distribution or use by anyone in any of the aforementioned jurisdictions. Such distribution or use may violate local laws or regulations.